These pics are BEGGING for captions...
(As an adorable side note, Phoenix is standing next to me as I post this saying, "Tempe is cute." over and over.) 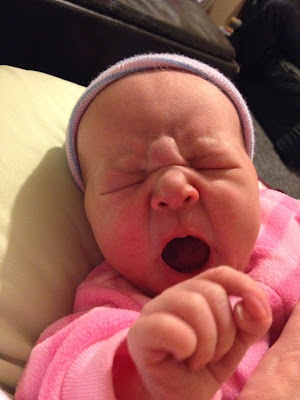 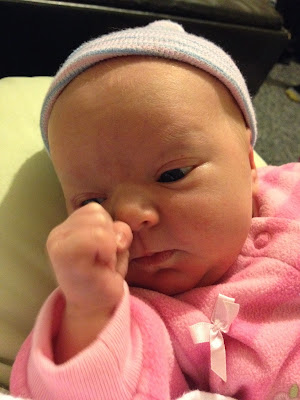 Phoenix says, "It's my baby!" "I'm sharing my blankie!" (with an accompanying huge grin). 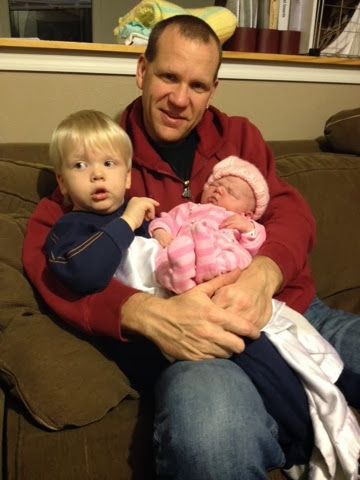 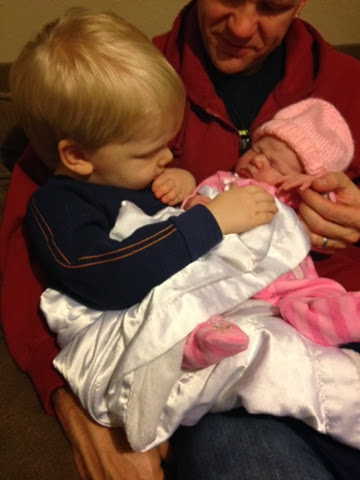 It's a very special day today! It would have been my grandpa's birthday were he still alive. I am so pleased that Temperance chose today to grace us with her presence.
11/18/13 @ 6:14am
8lb  19.5in 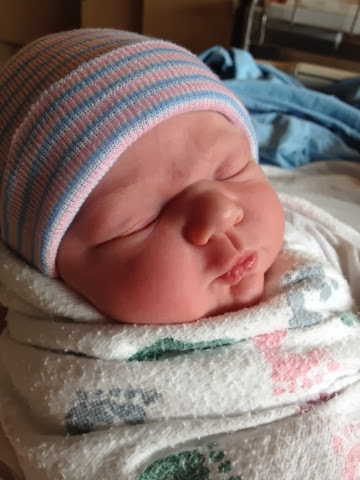 Phoenix calls apricots, "applecots". Alex and Chase have therefore begun referring to them as "fruit beds". :)
2 comments: Links to this post

Back at the beginning of October Tiberius took a tumble down the front steps (concrete) and broke his fall with his face... 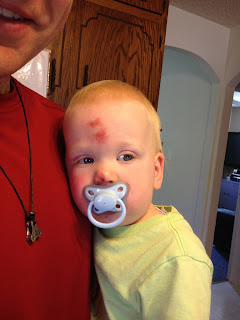 This little boy has no fear.  He is a perpetual climber.  Nothing makes him happier than teetering on the edge of something... sometimes just to get a reaction from the nearest adult.  Someday that may serve him well.  As for now, it only means he is always sporting a lump or bump of some sort somewhere on his body.

This last weekend while Alex and Chase were at Fall Retreat with their youth group, Tim and I made our weekly trek to the grocery store.  Usually we leave all the kids home... it's a "date" of sorts for us.  But, since the babysitters were off having fun we took the rest of the crew along with us.  They were well behaved, and it was a smooth trip. :)

TJ had been wearing his hat.  When we took it off his hair stood completely on end... not from static, but from being pushed in the wrong direction under the hat for so long.  No amount of smoothing was putting it down.  It was too cute to pass up a picture. :) 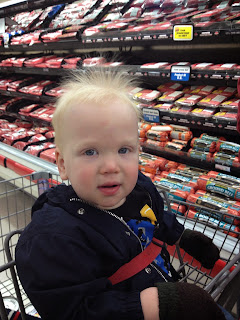 As you can see, his face was just fine (even if his hair wasn't.  LOL).  That changed shortly after arriving home.  Tim and I were busy putting groceries away in the house.  It was a beautiful day on Saturday so the kids stayed outside to play.  Victory was put in charge of keeping an eye on TJ.

No one knows exactly what happened... (this is what happens when responsibilities get shoved off on someone else and no one knows who is watching whom any longer).  We think he tripped over the threshold in the garage?  Whatever happened, the result is pretty similar to the previous month. 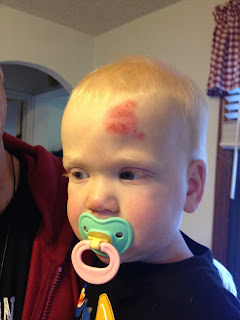 So, anyone got a helmet?  Or, as a friend suggested, maybe some bubble wrap?  LOL  He's none the worse for wear, and thankfully he heals quickly.  I do use a combination of lavender, coconut oil, and some vitamin E to treat the scrapes.  Seems to be quite effective!

On another note, I had TJ to the doctor on Monday for an issue unrelated to the head... he weighs nearly 28 lb!  He also has feet that are very nearly the same size as his almost 3 year old brother.  All the clothes he's wearing now are the same ones Phoenix wore last fall... and they fit him about the same.  I'm certain many of them will not make it through the winter.  I've already had to pack away a few items that are just too short (sleeves, pant legs) for him already!

I also had my 38 week appointment on Monday.  Everything looks good, and we just continue to wait with anticipation for the arrival of the newest member of our family.  If you haven't made a guess on the poll, just click the link on the sidebar and guess away!